Nelson Rolihlahla Mandela was born July 18, 1918 in Mvezo, South Africa. He dedicated his life to ending racial separation in South Africa. When his father started an argument with a British judge about unfair pay, they were evicted and became very poor. At that time, Britain had colonized and controlled that part of South Africa. This made it hard to overthrow the British government in their favor. Soon after this, nelson’s father died. And their family became even more short of money. Mandela’s mother then passed years later, leaving Nelson at 9 years old  with his 4 siblings on their own. When Mandela was older, he attended college at fort hare in south Africa and began his studies for a bachelors of arts degree. He was soon expelled for joining an active student protest. Nelson joined another group outside of his former college but was later arrested for plotting a revolution. Nelson Mandela was thrown in and out of jail several times before his candidacy.

Those who disregarded human rights were very against Mandela’s ways and petitioned to throw him in jail. Mandela and his family lived in the mountains in western south Africa where the herded sheep and crafted clothing for nearby villages to sell at markets.

People who were against segregation and racial discrimination helped Mandela into presidency. Mandela’s support groups rallied towards his candidacy by spreading campaigns to end the apartheid in his name. While Mandela was in jail, police raided African national congress headquarters. There they found Mandela’s plan for sabotage of the British Government.  In 1964 Mandela was sentenced to life in prison. Nelson Mandela’s arrests made him susceptible to hate and other racial discrimination towards his candidacy. In 1964 Mandela was sentenced to life in prison but was soon released in 1990 after an agreement with the president of south Africa at the time. Mandela had been to prison several times but somehow managed to avoid a sentence.  After the apartheid was abolished, both men won the Nobel peace prize in 1993. After the prize Mandela ran for president and won. He was in office from 1994-1999 His presidency made various ethnic issues disperse throughout the region and the whole south African region had united. 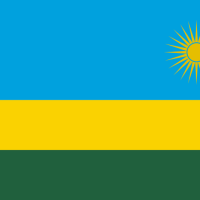 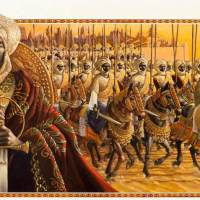