It is sometimes nearly impossible for a child to get back on their feet after war because the effect of traumatic experiences, lack of support, but if they are lucky they are given rehab options.

Traumatic experiences from war can scar children and leave them with serious burdens their whole lives.

War is bad for the children’s physical health. “war increases the long term effect of suicide, heart disease, diabetes, substance abuse, and depression.” Says Save the Children, an organization to help the problem of child soldiers.

War also imprints an ongoing fear into the children “Ongoing shelling, airstrikes, and violence mean these children are living in a constant state of fear, which can create a condition known as toxic stress.” says Save the Children.

It is hard for a child after war without support.
It is hard when Before war children are dependent on their family and other things but when that is taken away, children often turn back to war because that is the only thing they Know.

war also leaves the children with no trust in the people around them “Frequently, these children have difficulty with community relationships after their release. They struggle with guilt and shame. They are labeled as different or untrustworthy, which, in a vicious circle, deepens their sense of isolation.” says dr. Theresa Betancourt

It also leaves the people around them with no trust in them “In their home communities, they are blamed for having destroyed lives, homes, property, and society itself. Those who are socially isolated are especially vulnerable to addictions and abusive relationships.” says dr. Theresa Betancourt

Sometimes the children are given rehab options.A rehab strategy developed by Dr. Theresa Betancourt states that First, the children need to be accepted back by family and community and then they need people to talk about their traumas with like a support group. talking about their traumas actually gives them self confidence and has them realize how strong they are.

Another strategy is introducing them to school. Many of them were to poor even before the war to go to school so going to school gives them a form of identity unlike being just considered as another farm worker or a useless soldier to the army that doesn’t even go by a real name. Dr. Theresa Betancourt.

UNICEF has multiple centers for the purpose of healing the children. At their centers, they take in the children and at first, they heal them physically and then they help them recover mentally the main purpose is for their mental health. The process takes 3 months

“Ending Poverty in a Rising Africa.” The World Bank,

4 thoughts on “What are children’s lives like after experiencing wars?” 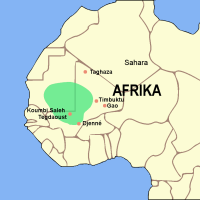 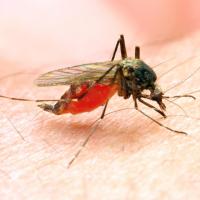